This week in USII Wyatt studied the Bataan Death March, Japanese-American Internment, and the Battle of Midway.  We had some good discussions with his critical thinking questions.  He gave a high-lighted key word written narration.  I always have him read his written narrations aloud to me with pencil in hand, so he can edit as he reads.  Often times he'll catch any mistakes on his own this way, and I don't have to edit anything!  He'll also make editing changes that make his point clearer.  He truly loves history, so listening to his oral and written narrations is fascinating for me. I also snapped pictures of his Economics principles he is learning, as well as his Personal Finance 'double discounts' work, which showed a double discount is often times not as good of a discount as a straight initial percentage applied. 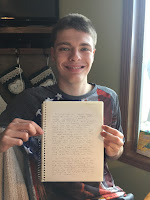 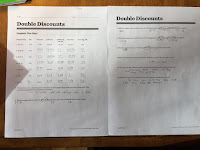 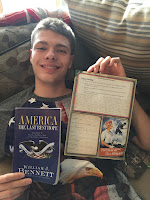 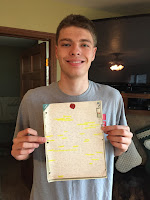 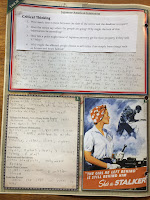 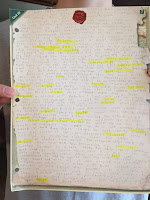 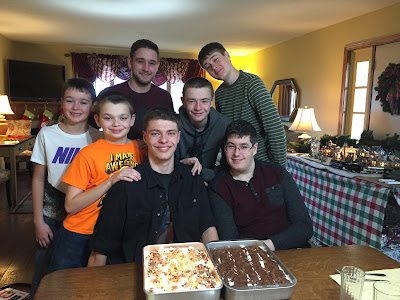 A big event of this past week was Wyatt turning 18 yo!  We could not be more proud of Wyatt - he is a wonderful son!  I get very sad thinking my time teaching him with HOD will soon be over.  These years have been busy but precious.  I just cannot imagine not being his teacher anymore - he has been such a good student, and I've enjoyed our discussions and work together so much through the years.  However, I know he's ready for the next stage in life.  HOD has prepared him well.  Most importantly, he has a heart full of love for the Lord!  He also still loves to learn.  Here is a picture of Wyatt's b-day party, where he is with all of his best friends - his brothers and his cousins.  What a blessing! 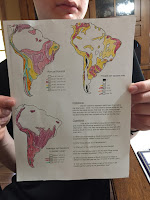 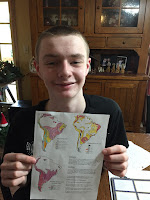 In World Geography, Riley continues to map the world, one map at a time! He does such neat work, and he is really enjoying his mapping assignments.  He also gave an oral narration that I typed about Columbus' 3rd and 4th voyages.  He has learned to slow down and choose his words carefully, to use transitional words rather than always using the word 'and', and to include detailed words such as names, places, and event.  I really enjoyed his narration on Columbus! He also enjoyed his history telling time by the stars' positions activity, as well as his book Sitting at the Feet of Rabbi Jesus.  What a great week for Riley! 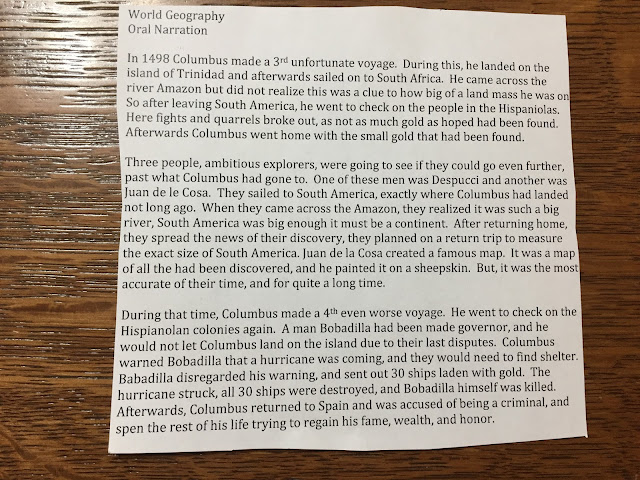 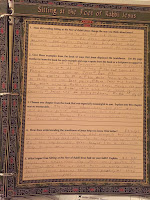 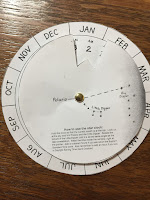 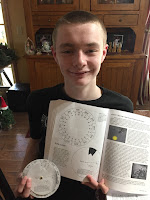 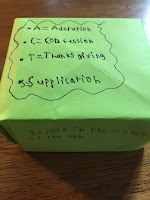 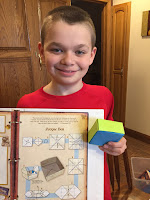 In Creation to Christ, Emmett has been learning about Israel falling to Assyria and Judah being saved.  We finished our storytime bookGod King, and I think it's our favorite read-aloud this year!  It was outstanding! It totally helped us better understand this time in history.  Emmett really enjoyed his history project.  He made a prayer box by folding it origami-style.  The CTC Notebook had great directions for this project with visual step-by-step pictures (praise the Lord for this, because I am not naturally gifted at origami).  Then Emmett wrote the ACTS model of prayer steps on the cover of his box.  On a slip of paper he wrote what he wants to be in prayer about right now, and then he put the slip of paper in his prayer box to remind him to pray for these things. 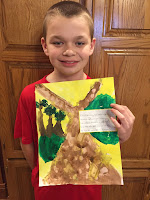 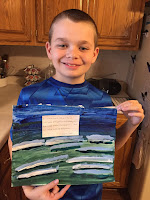 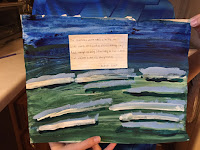 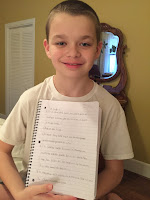 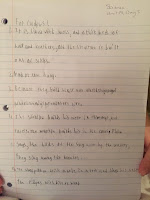 Emmett finished his painting for Robert Frost's poem The Road Not Taken, as well as finishing his painting for Once by the Pacific.  For Science, he worked on answering his 5 questions carefully. He is getting better and better at answering each question completely, using his book as a reference for accuracy and for spelling.  What a wonderful week this has been!  As we look forward to our last week before Christmas, we try not to be too stressed in this busy season!  Instead, we hope to focus on Jesus Christ being born and the joy that brings!  May our week be full of love, joy, and thoughts of our precious Savior this week, rather than the hustle and bustle of the season that can weigh us down!  I'll need to read this reminder often this week!  God bless! 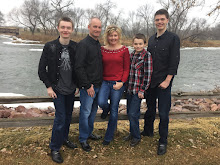 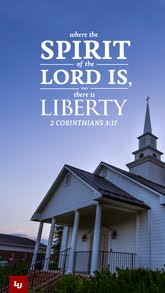